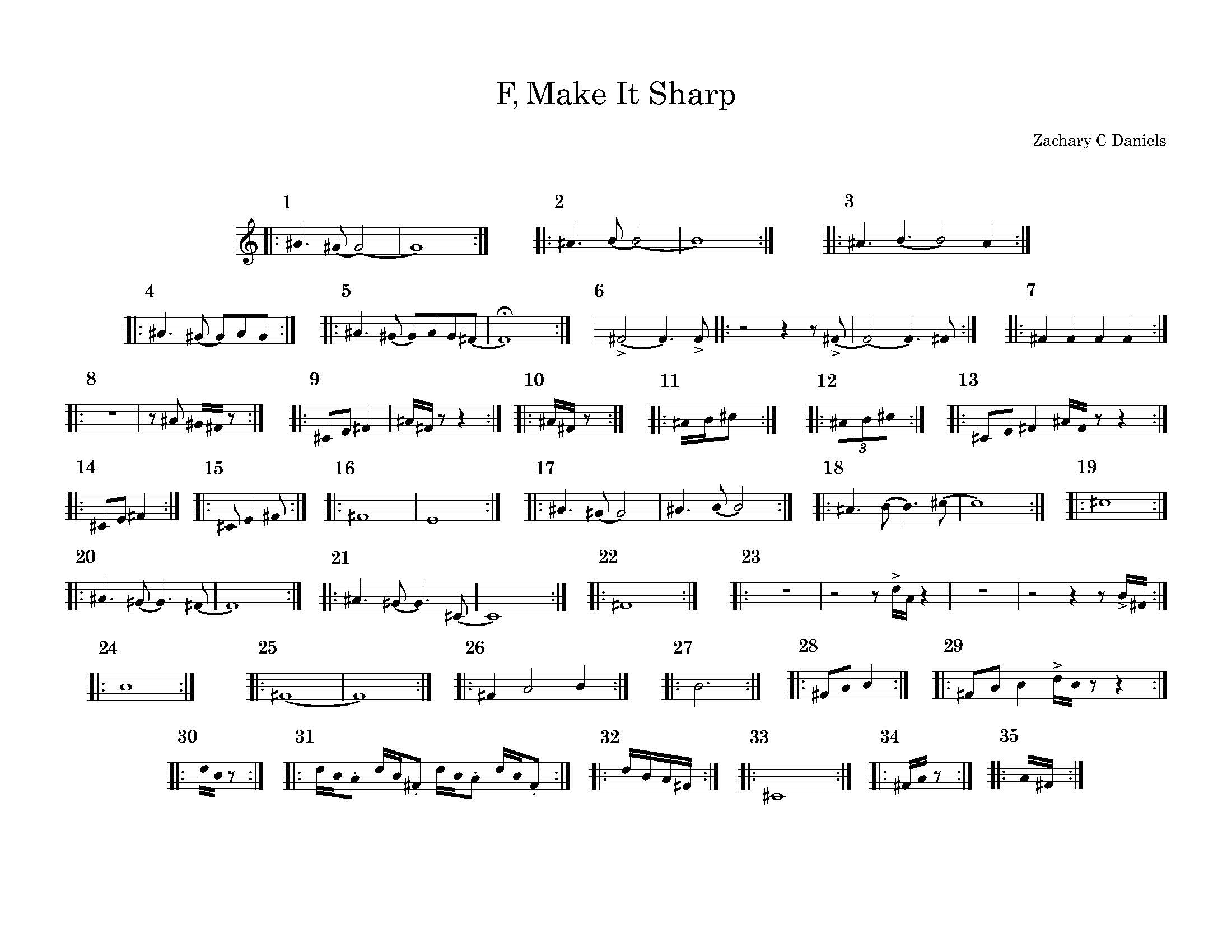 F, Make it Sharp is an exploration in minimalist music heavily inspired by and paying homage to Terry Riley's "In C." It was originally commissioned for the artistic showcase "This is the Remix" at Oklahoma Contemporary Art Center in January of 2022. While the show it was commissioned for never occurred due to a variety of issues that came up the piece eventually received its' premiere later that year, at the end of July as part of "Experimental Music Oklahoma" - a full concert of music featuring compositions by Zachary Daniels.

The inspiration behind this piece, "In C" is shown in the piece's architecture, title, and even individual "cells" of music presented to the performers. The piece begins with a pulse in the keyboard/piano of eighth-notes in a higher octave repeating on F# continuously. The score for performers consists of 35 cells of music which all performers share, and choose when to move to each new cell, performed in order. Performers add dynamics and musicianship while interplaying with one another to create timbral shifts, dynamic peaks, and improvisational decision-making on the fly. The piece has no set length, though most performances would sound best with a minimum of twelve minutes performance time and can last up to several hours. The number of performers, likewise, is not specified but you have greater interest-levels if you have a minimum of 4-5 performers on no fewer than 3 instrument types.

For all inquiries regarding this piece, please reach me at inquiries@zachdaniels.com and mention the score name you are interested in.